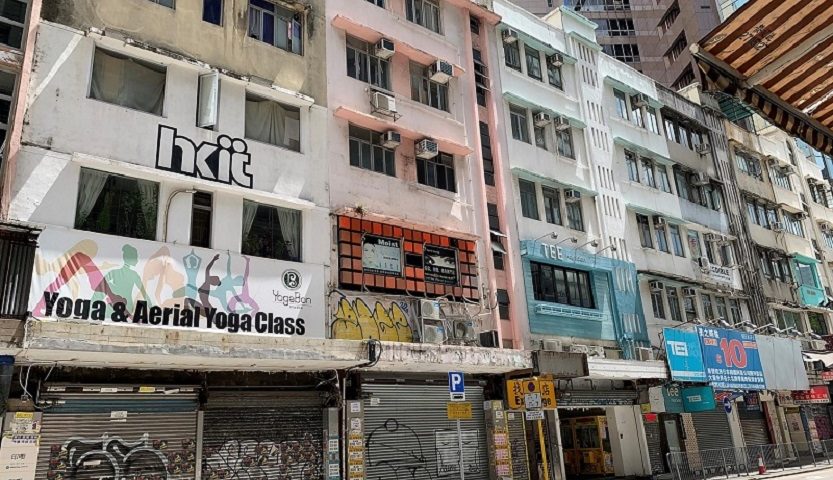 In the urban development , the land was delineated by “Block” and was subsequently craved or partitioned in a different section and eventually further craved into different sub-section. It resulted a lot of common boundary to each piece of lands adjoining to each other.

The common boundary bought in the typical implication of “party wall” and “common staircase”. There was a blog written by GBE about “party wall”. The reader is welcome to comment. “Common staircase” is what this article goes deep.

With the re-development took place in one piece of land, the adjoining land where the original main building sitting on was necessitated to maintain the common staircase for access. This came up the situation alike to the “Party wall” where the common staircase needs to be retained and still occupy land and space on the land going to be redeveloped. GFA Calculation of Building A Site Area Calculation in Building B The interesting things come up is that building A which developed earlier than Building B was containing the old “common staircase” . This old left-over common staircase in Building “A” was not GFA counted by the time of redevelopment. The owner of Building A is caught in dilemma. The site where building A sitting on has fully exploited its GFA potential by the time of its redevelopment in 1992. It is now found no surplus GFA be able to assign to this leftover physical ” common staircase” space in the hope to light up again the space utilisation, particularly valuable in highly urbanised city area. The landlord of building A is naturally no incentive to maintain nor convert this common staircase to other proper usage. The only value is the external wall of the left-over common staircase which was being poised for signage in Building “A” (as shown on the photo below. Obviously, the author is wondering the maintenance liability to the grandfather jointly owned structure , i.e Common staircase